Before our Journey by Katie 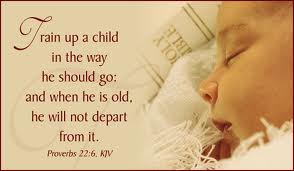 I have been thinking on what part of our story to tell next, and today as I was thinking about my parents and what a blessing they are to me, I decided to tell the story of them.  So this blog is going to be about what came before Jeremy and I.  I will start with my parents and then in a later post I will share Jeremy’s family history.

My mom was second generation American.  Her parents were of Mexican and Irish descent. 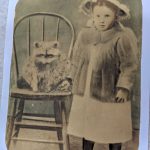 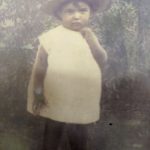 Both her parents’ families settled in America and wanted to be all American.  So, it was encouraged to not hold on to the old ways, but to move forward into American ways.  Both families were Catholic by name.  Mom’s parents were hard working.  Her dad had only one arm, due to a hunting accident as a boy.  But, that never was an excuse for not providing for his family. 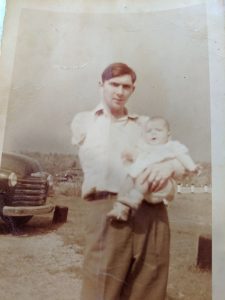 But there were some problems in the home, both parents had a drinking problem which lead to other problems.  Mom and her older sister often did what they had to survive.  Mom’s parents divorced when she was a teen.  She and her sister both married young.  Mom didn’t even finish high school, but dropped out to marry the man of her dreams.
Dad came from a disciplined and ordered home.  His family farmed and his dad worked for Dow.  He has three siblings, and his family was always close.  His parents did not attend church on a regular basis but often sent the kids to church and vacation Bible school.  His parents were very  moral and raised their kids to be hard workers and responsible members of society.  When dad and his brother started getting into trouble as teens, grandma and grandpa decided to go back to their religious roots and see if that would help them raise their kids.  Grandma was a woman who was known for never speaking a harsh word or gossiping (even though she had eight sisters). Grandpa became very involved in the local church.  But this had little impact on dad, at the time. 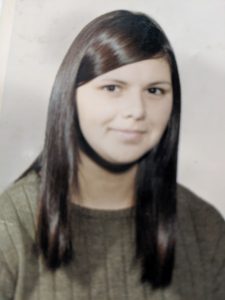 When dad met mom it wasn’t long before they decided to marry.  After marriage, life settled into a routine.  Mom got pregnant and gave birth a year after they married to my sister.  My mom’s greatest desire was to be a good wife and mother.  She wanted to do a better job than her parents.  But, she soon realized no matter how hard she tried she couldn’t do it.  So after having me, her second baby three years into her marriage, she made a decision that would forever change her life, my dad’s life, and the life of all our family.  She decided to go to the local church.  She was hoping to find the answers she needed to be the person she so desperately wanted to be.  She loaded my sister and I up and took us to church.  That first experience impressed her so much, she asked my dad to go with her.  So they both went.  With in weeks they both realized that the message the pastor was preaching was for them.  The preacher said God loved them enough to send his son to die for them.  He told them that they, like everyone, were sinners and needed a savior.  This was a message my mom had never heard, but it immediately rang true in her heart.  Dad realized that he had heard this message before as a boy, and believed it, but had over time forgotten it.  So, together they made a decision to make Christ their Lord and savior.  This was such a radical experience in their lives that they began telling everyone they knew and loved about it.  My dad’s family embraced this truth, and so did many of my mom’s relatives.  Lives were forever changed because of the amazing love God poured out on my parents and their friends and family. 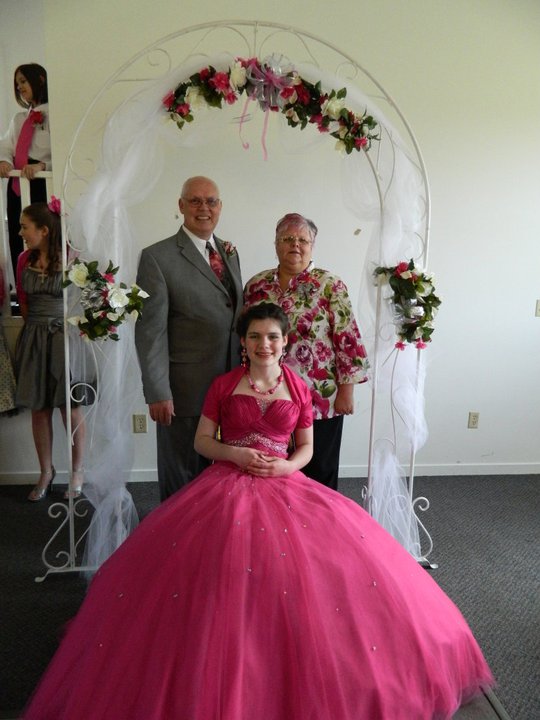 Mom and dad at Tylers Quincenera

This love motivated my parents to reach out to others.  Soon they became foster parents to children who needed a loving home.  Mom had another baby girl.  Our house was always full of kids and fun.  Then one day mom and dad both realized that God had been talking to both of them separately about serving on the mission field.  This was crazy.  But, they knew they needed to obey God’s calling and stepped out in faith.  They were accepted by a mission organization and we moved out west to serve God by ministering to the native American Indians.  Over the years, my parents continued to grow in their faith and serve the Lord.  Every time God called them to something new it required an act of faith, as each job paid less and less money.  After leaving the mission field dad became a full time pastor.  No matter where we went mom and dad took in foster kids and helped over three hundred children through some of the toughest times in their lives.  They taught us girls how to love others and care about those in need.  When we became teens, mom and dad adopted for the first time.  Two special needs brothers.  Then over the next several years, God brought them more special needs children to love and keep forever. 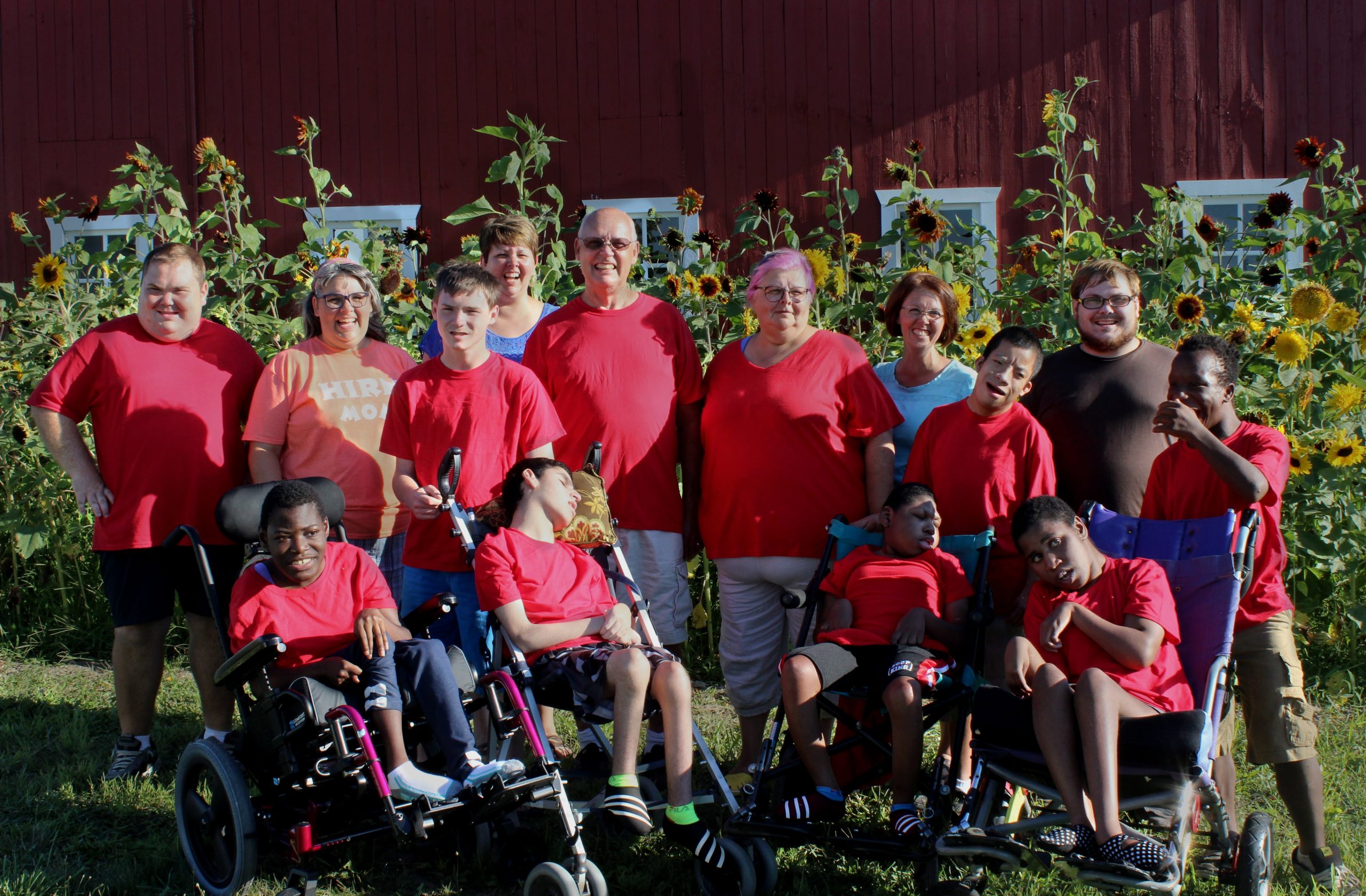 Linton family minus a few.

I am blessed to have my two biological sisters, but also blessed with fourteen adopted siblings.  My parent continue to provided for my twelve siblings that live at home.  They continue to be an encouragement to my two adult sisters and I. 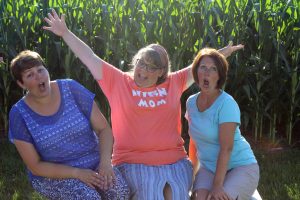 Me and my sisters, Bec and Chopper.

My parents would be the first to say that they are just simple ordinary people.  My mom often says she is a woman of simple faith, and high hopes.  Their walk with the Lord is not always easy.  Like all people they have bad days, and get discouraged.  But when push comes to shove, they know who to turn to, and they place their trust in Him. The legacy they began continues, as both my sister’s have married wonderful Christian men, have been blessed with biological children, and have also been given the great blessing of adopting children.  My parent are not perfect, but they have allowed God to work in their lives and use them to further His Kingdom.  I look forward to continuing on in faith with them for many more years. 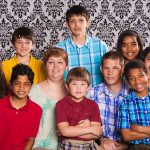 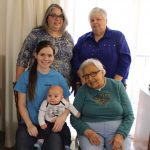 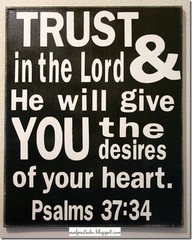