I am an evangelical Christian. 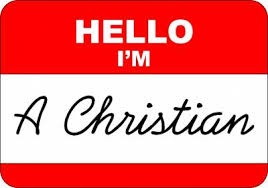 I am an evangelical Christian who keeps Sabbath on the seventh day of the week, and also keeps the other feast of the LORD found in Leviticus 23.

I also appreciate the food laws that God gave to His children, the sons of Abraham, in the dessert with Moses (Leviticus 11).

Yes, it is true I call myself a Christian.

A Christian by definition is someone who wants to be like Christ.  Someone who desires to follow Christ.

That is me.  I want to be like Jesus Christ of Nazareth, the Jew.  I want to follow His example and obey His Father.

“And if you belong to Christ, then you are Abraham’s descendants, heirs according to promise.”

That is why I choose to keep the Old Testament commandments.

I do not keep them to earn my salvation.

For my salvation was bought and paid for by the gracious blood of the Lamb, Jesus Christ, the son of David of the tribe of Judah.

“I, Jesus, have sent My angel to testify to you these things for the churches. I am the root and the descendant of David, the bright morning star.”
Revelation 22:16

That brings me to another point.  I choose to call my Lord and Savior, Yeshua Mashiach.

That is how you say Jesus Christ in Hebrew.

“And there is salvation in no one else; for there is no other name under heaven that has been given among men by which we must be saved.”
Acts 4:12

When I first started learning Hebrew, I was in awe of the beauty of this language.  Every letter and every word has multiple meanings.  When I began to read my Bible in Hebrew I realized that to say God, Lord, Jesus, and Christ was so much less powerful than the actual Hebrew names YHVH, Elohim, Yeshua, Mashiach.  I do not use these original language names to sound Jewish or pious, rather I use them because they remind me of who He is.

“Now to Him who is able to establish you according to my gospel and the preaching of Jesus Christ, according to the revelation of the mystery which has been kept secret for long ages past, 26but now is manifested, and by the Scriptures of the prophets, according to the commandment of the eternal God, has been made known to all the nations, leading to obedience of faith; 27to the only wise God, through Jesus Christ, be the glory forever. Amen.”

“14 What does it profit, my brethren, if someone says he has faith but does not have works? Can faith save him? 15 If a brother or sister is naked and destitute of daily food, 16 and one of you says to them, “Depart in peace, be warmed and filled,” but you do not give them the things which are needed for the body, what does it profit? 17 Thus also faith by itself, if it does not have works, is dead.

18 But someone will say, “You have faith, and I have works.” Show me your faith without your works, and I will show you my faith by my works. 19 You believe that there is one God. You do well. Even the demons believe—and tremble! 20 But do you want to know, O foolish man, that faith without works is dead? 21 Was not Abraham our father justified by works when he offered Isaac his son on the altar? 22 Do you see that faith was working together with his works, and by works faith was made perfect? 23 And the Scripture was fulfilled which says, “Abraham believed God, and it was accounted to him for righteousness.” And he was called the friend of God. 24 You see then that a man is justified by works, and not by faith only.

25 Likewise, was not Rahab the harlot also justified by works when she received the messengers and sent them out another way?

26 For as the body without the spirit is dead, so faith without works is dead also.” 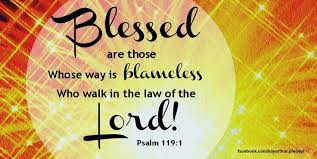 “All Scripture is inspired by God and profitable for teaching, for reproof, for correction, for training in righteousness;  so that the man of God may be adequate, equipped for every good work.”