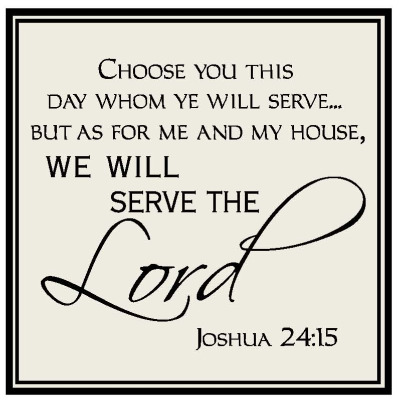 The Danger of Homeschooling your Children (part 4)

As I have been sharing in my last few posts, there is a real danger in teaching your children to love learning, researching, and studying, especially God’s Word.

This danger is that you may end up changing your life in ways you never planned too.

Our lives continued to be challenged as God once again led us in a new direction for educating our children.  As we planned for the next school year (2009/2010), We felt challenged to really teach our children from God’s Word as the sole textbook for all subjects.  This new vision led me on a search to find curriculum that was Bible based.  As I searched for good materials and prayed about how to best make this change, I began to realize that the best way to teach the Word was to go through it from beginning to end with the children.  So we started at Genesis 1:1 and began studying.  As we continued through those first five books, we found a new love for Israel, Hebrew, and God’s law (the Torah). 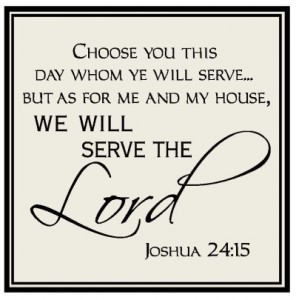 The funny thing was, we had always claimed this as one of our family verses.  But, it took on a whole new meaning in this school year.  As we studied the Torah, we realized that serving the LORD was so much more than just going to church, more than praying, more than being good moral people.  We were realizing that choosing to serve the Lord meant looking different for His name sake.  It meant being set apart.  Not following the ways of the world.

So as Christmas approached in 2010, we again felt challenged to not included pagan traditions in our  celebration of Christ’s birth.  Once again, instead of decorating our home with the traditional Christmas tree, we again opted for a small nativity, and we did lots of snow man decorations.  We again decided to buy our own kids just one small gift, and allow them to give to charities as they chose.  Our ancient history studies had again showed the children that many of the traditions of Christmas were as old as the Tower of Babel, and truly had nothing to do with Christ.  But we (Jeremy and I) just were not sure how to decided what to do, about our new convictions.

You see we knew that these convictions had no barring on our salvation.  We had spent a great deal of time reading the book of Romans and Paul’s many letters to the early churches.  We found verses like:

Romans 14 specifically verses 5-10
One person regards one day above another, another regards every day alike. Each person must be fully convinced in his own mind. 6 He who observes the day, observes it for the Lord, and he who eats, does so for the Lord, for he gives thanks to God; and he who eats not, for the Lord he does not eat, and gives thanks to God. 7 For not one of us lives for himself, and not one dies for himself; 8 for if we live, we live for the Lord, or if we die, we die for the Lord; therefore whether we live or die, we are the Lord’s. 9 For to this end Christ died and lived again, that He might be Lord both of the dead and of the living.
10 But you, why do you judge your brother? Or you again, why do you regard your brother with contempt? For we will all stand before the judgment seat of God.

We knew that, much like our conviction to let God number our children, if we believed God didn’t want us to celebrate Christmas, this would be a personal decision.

So, we continued to study God’s Word, and be open to his plan for our lives.