This weekend was a time for celebrating the annual feast of Purim.  This feast is found in the Bible in the book of Esther.  Let’s take a look.

IF you have time, go ahead and read the entire book of Esther.  It is a fascinating story.  This book does not have the word God, YHVH, Lord, or any other name of God in the entire book.  Yet, it is understood that He is the hero of the story.

Now let’s skip to the end of the book and see what it says about the feast of Purim.

18 But the Jews who were in Susa assembled on the thirteenth and the fourteenth [h]of the same month, and they rested on the fifteenth [i]day and made it a day of feasting and rejoicing. 19 Therefore the Jews of the rural areas, who live in the rural towns, make the fourteenth day of the month Adar a [j]holiday for rejoicing and feasting and sending portions of food to one another.

20 Then Mordecai recorded these events, and he sent letters to all the Jews who were in all the provinces of King Ahasuerus, both near and far,21 obliging them to celebrate the fourteenth day of the month Adar, and the fifteenth day [k]of the same month, annually, 22 because on those days the Jews [l]rid themselves of their enemies, and it was a month which was turned for them from sorrow into gladness and from mourning into a [m]holiday; that they should make them days of feasting and rejoicing and sending portions of food to one another and gifts to the poor.

23 Thus the Jews undertook what they had started to do, and what Mordecai had written to them. 24 For Haman the son of Hammedatha, the Agagite, the adversary of all the Jews, had schemed against the Jews to destroy them and had cast Pur, that is the lot, to disturb them and destroy them. 25 But when it came [n]to the king’s attention, he commanded by letter that his wicked scheme which he had [o]devised against the Jews, should return on his own head and that he and his sons should be hanged on the [p]gallows. 26 Therefore they called these days Purim after the name of Pur. [q]And because of the instructions in this letter, both what they had seen in this regard and what had happened to them, 27 the Jews established and [r]made a custom for themselves and for their [s]descendants and for all those who allied themselves with them, so that [t]they would not fail to celebrate these two days according to their [u]regulation and according to their appointed time annually. 28 So these days were to be remembered and celebrated throughout every generation, every family, every province and every city; and these days of Purim were not to [v]fail from among the Jews, or their memory [w]fade from their [x]descendants.

29 Then Queen Esther, daughter of Abihail, with Mordecai the Jew, wrote with full authority to confirm this second letter about Purim. 30 He sent letters to all the Jews, to the 127 provinces of the kingdom of Ahasuerus, namely, words of peace and truth, 31 to establish these days of Purim at their appointed times, just as Mordecai the Jew and Queen Esther had established for them, and just as they had established for themselves and for their [y]descendants with [z]instructions for their times of fasting and their lamentations. 32 The command of Esther established these [aa]customs for Purim, and it was written in the book.

When we read the closing chapters of the book of Esther we find that Mordecai and Esther establish a custom of celebrating the deliverance of the Jews from the hand of Haman.  I want to point out a few things about Purim.

It is on the 14th and 15th day s of Adar on the Jewish calendar.  That is the 12th month of the Jewish year.  It usually falls in the month of March on the Gregorian calendar.

Who commanded the annual feast of Purim?

This is important.  This feast is NOT one of YHVH’s commanded feasts that are found in the books of Torah.  This feast is established by Mordecai and Esther for the JEws to remember.

What should be done on these feast days?

When we read the instructions in the book of Esther, we see that feasting and sharing of food with others and giving to the poor is the instructions given.  Rejoicing and celebrating life is also expected.

Should we celebrate this feast?

This feast is included in the Word of God.  The instructions for this feast are clearly laid out in Scripture.  Therefore, it seems logical that it is a good feast to participate in.  But it is NOT a required feast of YHVH, so there should be no judgement if someone chooses not to participate in this feast.

In our modern culture there are different ways of celebrating this feast.  One common theme is making this festival into a costume party.  I would like to discuss this aspect of the festival now.

“Why do we dress up in costumes for Purim?

1) Esther hid her Jewish identity from the king.
2) YHVH’s name is never mentioned in the book of Esther; his name is hidden.
3) We give gifts to the poor (Esther 9:22), but we do not let them know who has given the gifts.”

These sound like good and fun reasons to celebrate with dressing up for this feast.  But I think it is also important to point out that there is NO instructions given in scripture requiring that one wear a costume to celebrate this feast.  Also, worth noting is that costume wearing can be offensive to others, so we must carefully consider our brothers and sisters in Messiah.  Lastly, it is important that as we celebrate YHVH, we remain set apart from the world and celebrate Him in His Ways.  We must be careful not to look like the world.

One issue that may come up with this celebration is that it can look like a Halloween replacement, much like Hanukkah can look like a Christmas replacement.  So be careful to make it about remembering YHVH and not all about costumes.

Here are some pictures from yesterday’s Purim party.  Jeremy read the story of Esther and all was reminded of YHVH’s great redemption plan that included a girl named Esther.  Without the story of Esther and what she did we would not have the Messiah.  There were games and food at the celebration yesterday, and also a collection taken for the poor.  My concluding thoughts are as always, everyday is a great day to celebrate YHVH and His Redemption.  So, celebrate and worship Him always.  And in everything we do we must put YHVH first and others before our own interest. 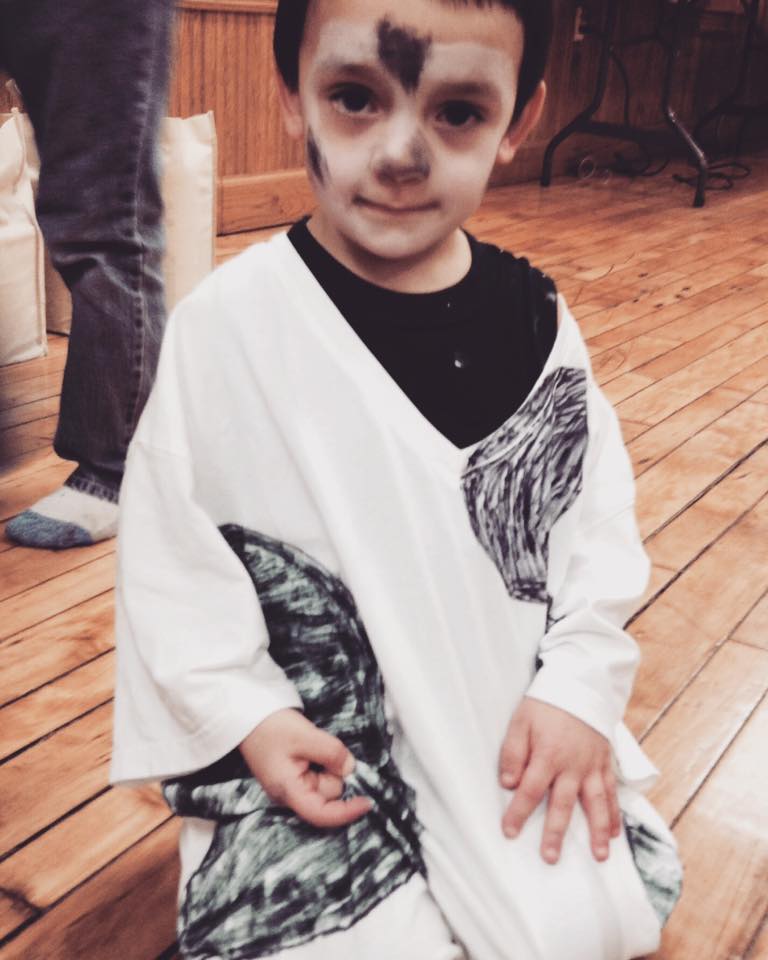 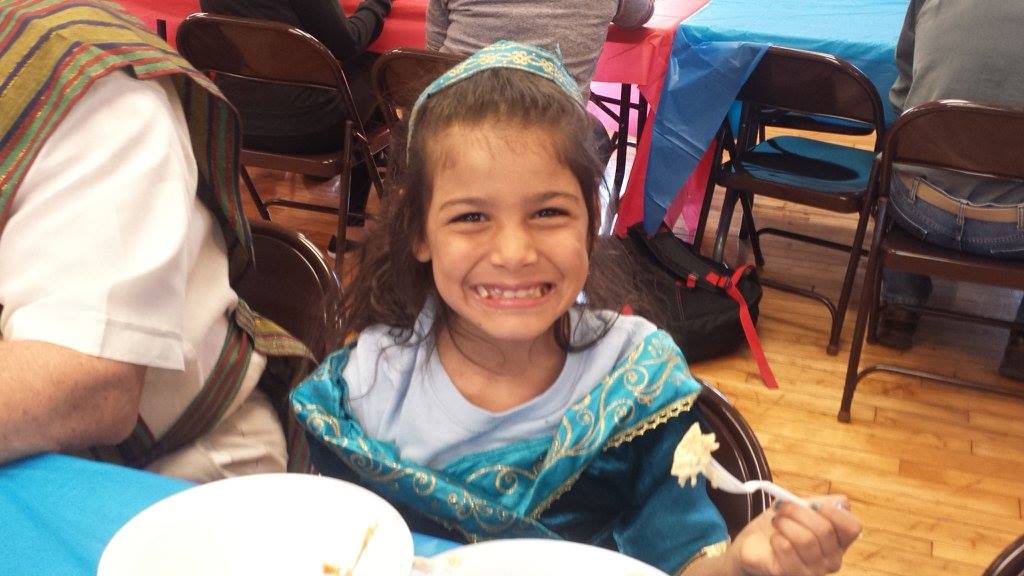 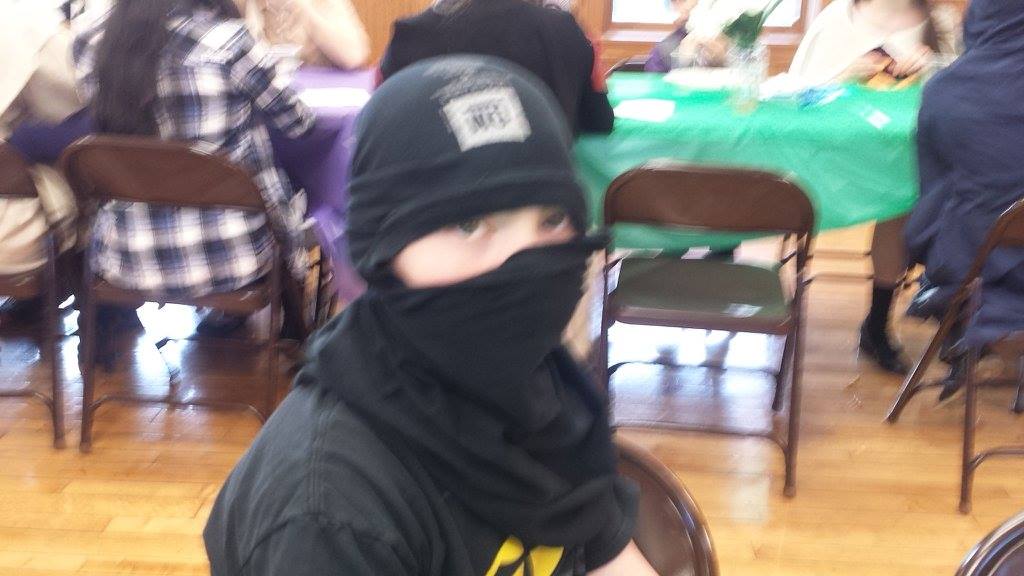 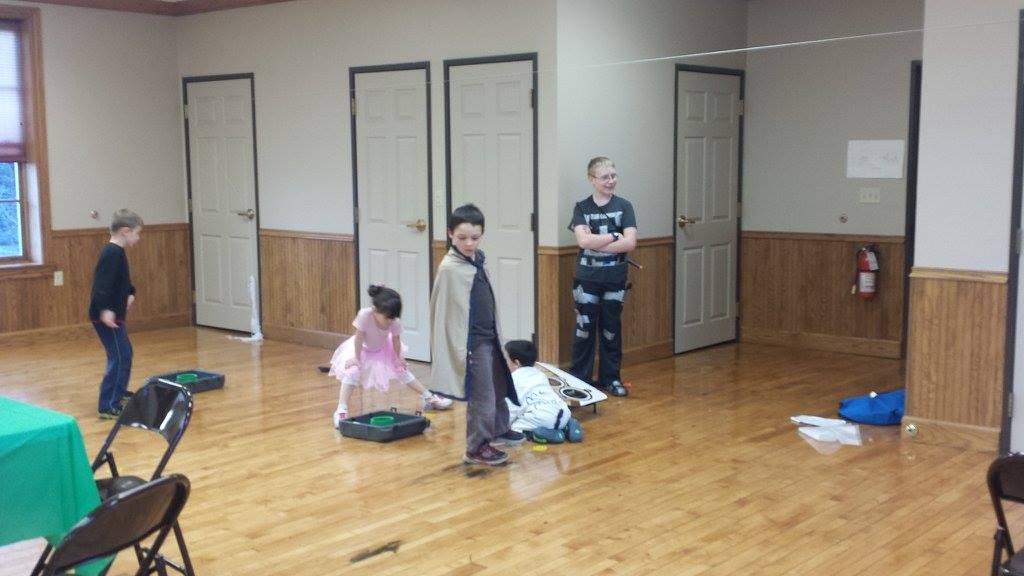 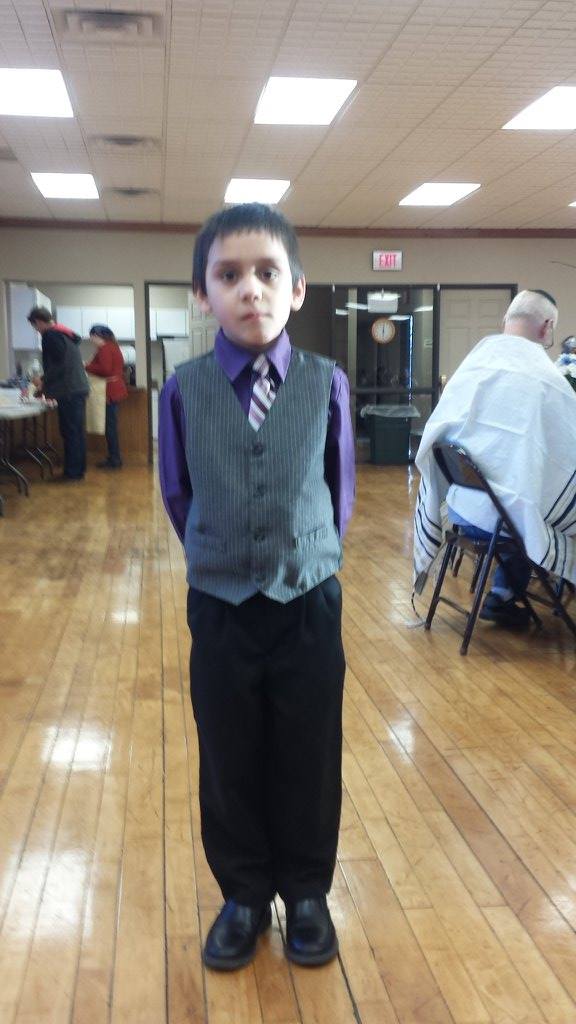 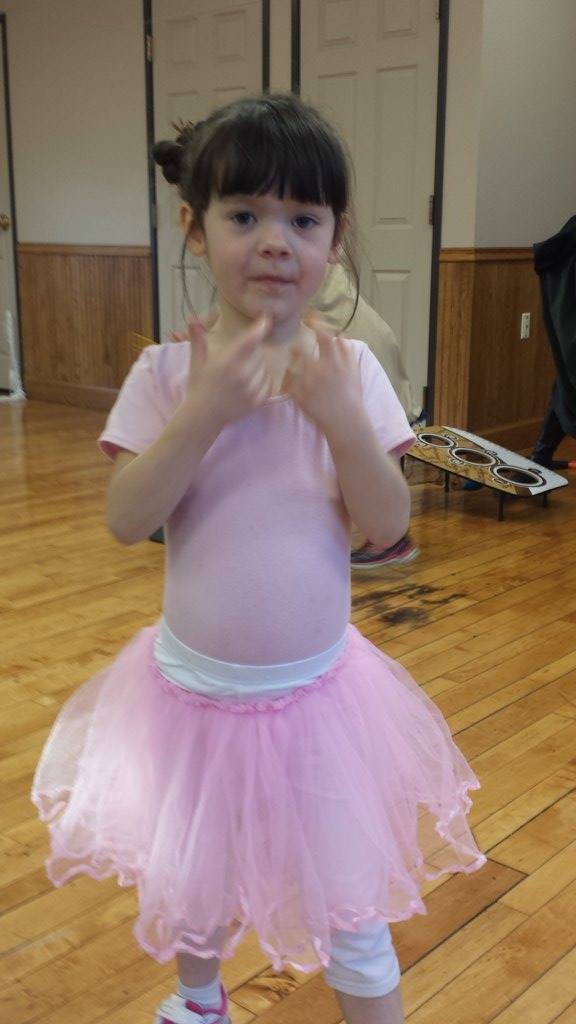 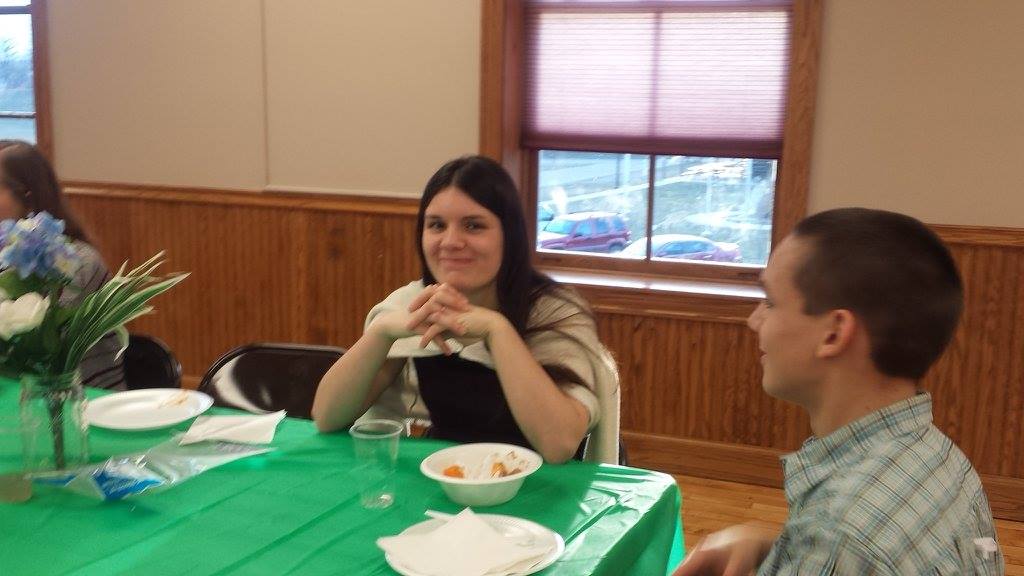 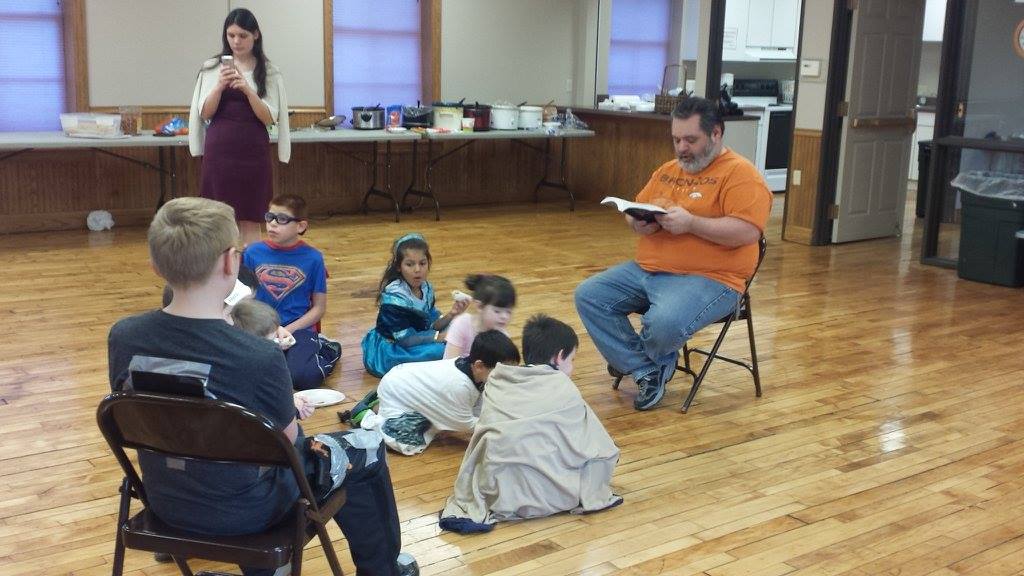