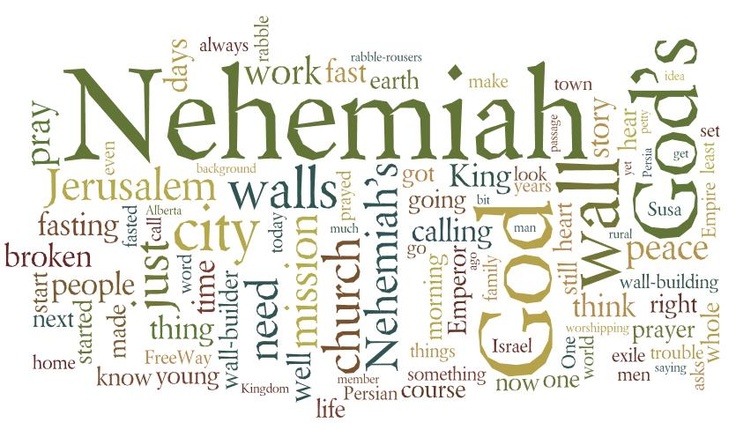 We continue to be blessed by our family reading time.  It is always so amazing to me that no matter how many times I read the Bible, it always, and I mean always blesses and teaches me.  As we celebrated the gift of the Torah and the gift of the Holy Spirit yesterday.  It was so cool to read the book of Nehemiah. Especially, chapter 9. 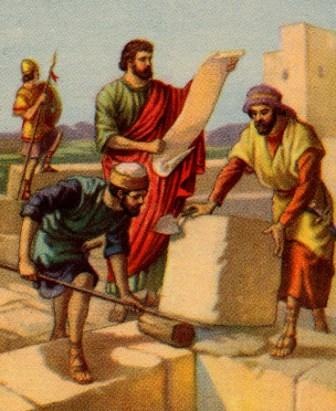 Chapter nine of the book of Nehemiah is a great place to catch up, if you wanted to read with us and fell way behind.  You see it is a summary of all the books before it.  It is a very cool chapter.  In this book the people of God (that is those Israelites who returned to the Promised Land, specifically, to Jerusalem) are so excited to be back in their land and to return to the ways of YHWH.  All the tribes had been scattered and the city of Jerusalem had been destroyed.  But, now they have returned to YHWH and his promised land.  They rebuilt the temple and the city wall.  They began studying and relearning the Torah, and they were first so grieved  by their sin, but then they were so excited by YHWH’s grace that they had this amazing worship service that lasted half the day.  Yeah, these people all gathered together and stood and listened to the reading of the Torah all morning long, and then after hours of reading and listening to God’s Word, they got so excited that they sang, and shouted and praised YHWH for another few hours.  Now that must have been a party. 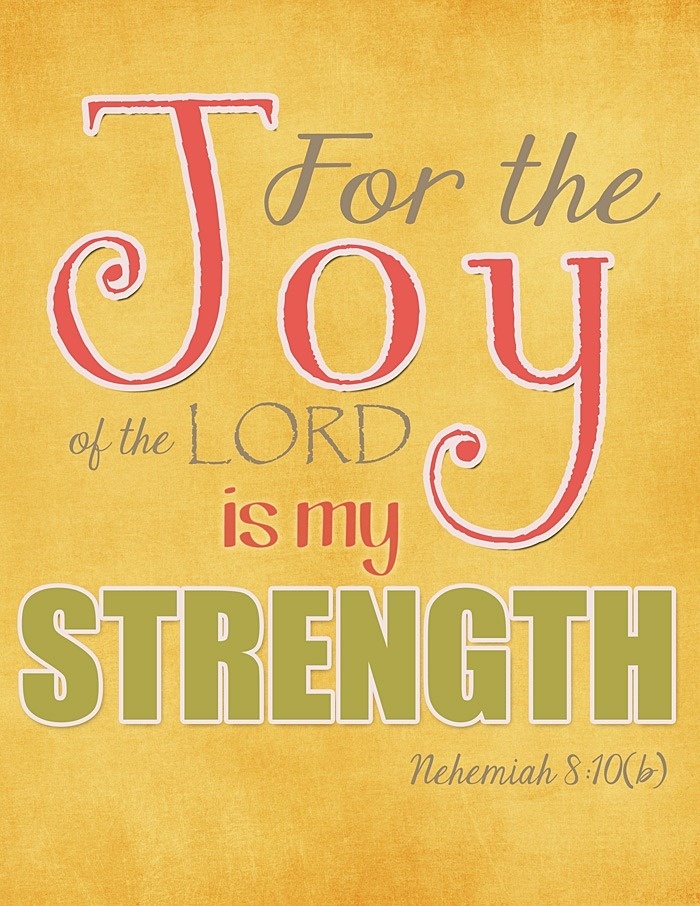 During this awesome worship service,  the Levites retell the whole history of God’s people.  Here is what they say or sing.

O may Your glorious name be blessed And exalted above all blessing and praise! 6 “You alone are the Lord. You have made the heavens, The heaven of heavens with all their host, The earth and all that is on it, The seas and all that is in them. You give life to all of them And the heavenly host bows down before You. 7 “You are the Lord God, Who chose Abram And brought him out from Ur of the Chaldees, And gave him the name Abraham. 8 “You found his heart faithful before You, And made a covenant with him To give him the land of the Canaanite, Of the Hittite and the Amorite, Of the Perizzite, the Jebusite and the Girgashite— To give it to his [b]descendants. And You have fulfilled Your promise, For You are righteous.

9 “You saw the affliction of our fathers in Egypt, And heard their cry by the [c]Red Sea. 10 “Then You performed signs and wonders against Pharaoh, Against all his servants and all the people of his land; For You knew that they acted arrogantly toward them, And made a name for Yourself as it is this day. 11 “You divided the sea before them, So they passed through the midst of the sea on dry ground; And their pursuers You hurled into the depths, Like a stone into [d]raging waters. 12 “And with a pillar of cloud You led them by day, And with a pillar of fire by night To light for them the way In which they were to go. 13 “Then You came down on Mount Sinai, And spoke with them from heaven; You gave them just ordinances and true laws, Good statutes and commandments. 14 “So You made known to them Your holy sabbath, And laid down for them commandments, statutes and law, Through Your servant Moses. 15 “You provided bread from heaven for them for their hunger, You brought forth water from a rock for them for their thirst, And You told them to enter in order to possess The land which You [e]swore to give them.

16 “But they, our fathers, acted arrogantly; They [f]became stubborn and would not listen to Your commandments. 17 “They refused to listen, And did not remember Your wondrous deeds which You had performed among them; So they became stubborn and appointed a leader to return to their slavery [g]in Egypt. But You are a God of forgiveness, Gracious and compassionate, Slow to anger and abounding in lovingkindness; And You did not forsake them. 18 “Even when they made for themselves A calf of molten metal And said, ‘This is your God Who brought you up from Egypt,’ And committed great [h]blasphemies, 19 You, in Your great compassion, Did not forsake them in the wilderness; The pillar of cloud did not leave them by day, To guide them on their way, Nor the pillar of fire by night, to light for them the way in which they were to go. 20 “You gave Your good Spirit to instruct them, Your manna You did not withhold from their mouth, And You gave them water for their thirst. 21 “Indeed, forty years You provided for them in the wilderness and they were not in want; Their clothes did not wear out, nor did their feet swell. 22 “You also gave them kingdoms and peoples, And allotted them to them as a [i]boundary. They took possession of the land of Sihon [j]the king of Heshbon And the land of Og the king of Bashan. 23 “You made their sons numerous as the stars of heaven, And You brought them into the land Which You had told their fathers to enter and possess. 24 “So their sons entered and possessed the land. And You subdued before them the inhabitants of the land, the Canaanites, And You gave them into their hand, with their kings and the peoples of the land, To do with them [k]as they desired. 25 “They captured fortified cities and a [l]fertile land. They took possession of houses full of every good thing, Hewn cisterns, vineyards, olive groves, Fruit trees in abundance. So they ate, were filled and grew fat, And reveled in Your great goodness.

26 “But they became disobedient and rebelled against You, And cast Your law behind their backs And killed Your prophets who had admonished them So that they might return to You, And they committed great [m]blasphemies. 27 “Therefore You delivered them into the hand of their oppressors who oppressed them, But when they cried to You in the time of their distress, You heard from heaven, and according to Your great compassion You gave them deliverers who delivered them from the hand of their oppressors. 28 “But as soon as they had rest, they did evil again before You; Therefore You abandoned them to the hand of their enemies, so that they ruled over them. When they cried again to You, You heard from heaven, And many times You rescued them according to Your compassion, 29 And admonished them in order to turn them back to Your law. Yet they acted arrogantly and did not listen to Your commandments but sinned against Your ordinances, By which if a man observes them he shall live. And they [n]turned a stubborn shoulder and stiffened their neck, and would not listen. 30 “However, You bore with them for many years, And admonished them by Your Spirit through Your prophets, Yet they would not give ear. Therefore You gave them into the hand of the peoples of the lands. 31 “Nevertheless, in Your great compassion You did not make an end of them or forsake them, For You are a gracious and compassionate God.

32 “Now therefore, our God, the great, the mighty, and the awesome God, who keeps covenant and lovingkindness, Do not let all the hardship seem insignificant before You, Which has come upon us, our kings, our princes, our priests, our prophets, our fathers and on all Your people, From the days of the kings of Assyria to this day. 33 “However, You are just in all that has come upon us; For You have dealt faithfully, but we have acted wickedly. 34 “For our kings, our leaders, our priests and our fathers have not kept Your law Or paid attention to Your commandments and Your [o]admonitions with which You have [p]admonished them. 35 “But they, in their own kingdom, With Your great goodness which You gave them, With the broad and rich land which You set before them, Did not serve You or turn from their evil deeds. 36 “Behold, we are slaves today, And as to the land which You gave to our fathers to eat of its fruit and its bounty, Behold, we are slaves in it. 37 “Its abundant produce is for the kings Whom You have set over us because of our sins; They also rule over our bodies And over our cattle as they please, So we are in great distress.

38 “Now because of all this We are making an agreement in writing; And on the sealed document are the names of our leaders, our Levites and our priests.” 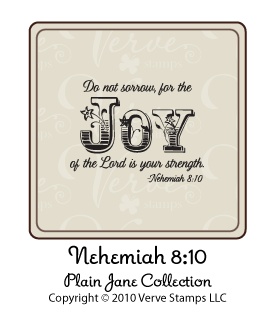 To me this is just an awesome story.  I hope you think so too.  This is the story of YHWH’s salvation and grace.