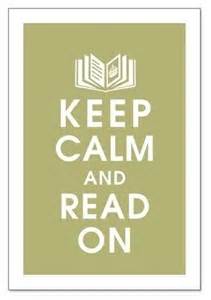 We continue with the challenge.  The teens have returned from their time away at training and serving.  But now they are busy planning and teaching VBS and Five Day Clubs.  This adds even more challenge to the challenge.  Even when you love the Bible like we do, your brain can only take in so much in a day.  So, when there is so much studying of the Word and then we need ot do our daily reading on top of it, it truly can be exhausting.

So please pray with us as we complete the challenge.  It truly is changing our lives, and we know God is using it to bring us closer to Him.  We know that Satan is not at all happy about all this time in God’s Word, and he truly has been on the attack.  So, pray that we will be encouraged and strengthened in these final days and that we will Finish Strong. 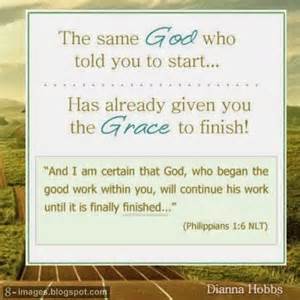 The teens will get their back posts up eventually, when they have time to sit and post them.  So, be watching for them.  In the meantime, here is a great section of scripture in Ezekiel.

18 Then the word of the Lord came to me, saying, 2 “What do you mean by using this proverb concerning the land of Israel, saying,

‘The fathers eat the sour grapes,
But the children’s teeth [a]are set on edge’?

3 As I live,” declares the Lord [b]God, “you are surely not going to use this proverb in Israel anymore. 4 Behold, all [c]souls are Mine; the [d]soul of the father as well as the [e]soul of the son is Mine. The [f]soul who sins will die.

5 “But if a man is righteous and practices justice and righteousness, 6 and does not eat at the mountain shrines or lift up his eyes to the idols of the house of Israel, or defile his neighbor’s wife or approach a woman during her menstrual period— 7 if a man does not oppress anyone, but restores to the debtor his pledge, does not commit robbery, but gives his bread to the hungry and covers the naked with clothing, 8 if he does not lend money on interest or take increase, if he keeps his hand from iniquity and executes true justice between man and man, 9 if he walks in My statutes and My ordinances so as to deal faithfully—he is righteous and will surely live,” declares the Lord God.

10 “Then he may [g]have a violent son who sheds blood and who does any of these things to a brother 11 (though he himself did not do any of these things), that is, he even eats at the mountain shrines, and defiles his neighbor’s wife, 12 oppresses the poor and needy, commits robbery, does not restore a pledge, but lifts up his eyes to the idols and commits abomination, 13 he lends money on interest and takes increase; will he live? He will not live! He has committed all these abominations, he will surely be put to death; his blood will be [h]on his own head.

14 “Now behold, he [i]has a son who has observed all his father’s sins which he committed, and observing does not do likewise. 15 He does not eat at the mountain shrines or lift up his eyes to the idols of the house of Israel, or defile his neighbor’s wife, 16 or oppress anyone, or retain a pledge, or commit robbery, but he gives his bread to the hungry and covers the naked with clothing, 17 he keeps his hand from [j]the poor, does not take interest or increase, but executes My ordinances, and walks in My statutes; he will not die for his father’s iniquity, he will surely live. 18 As for his father, because he practiced extortion, robbed his brother and did what was not good among his people, behold, he will die for his iniquity.

21 “But if the wicked man turns from all his sins which he has committed and observes all My statutes and practices justice and righteousness, he shall surely live; he shall not die. 22 All his transgressions which he has committed will not be remembered against him; because of his righteousness which he has practiced, he will live. 23 Do I have any pleasure in the death of the wicked,” declares the Lord God, “[k]rather than that he should turn from his ways and live?

30 “Therefore I will judge you, O house of Israel, each according to his conduct,” declares the Lord God. “Repent and turn away from all your transgressions, so that iniquity may not become a stumbling block to you. 31 Cast away from you all your transgressions which you have committed and make yourselves a new heart and a new spirit! For why will you die, O house of Israel? 32 For I have no pleasure in the death of anyone who dies,” declares the Lord God. “Therefore, repent and live.”