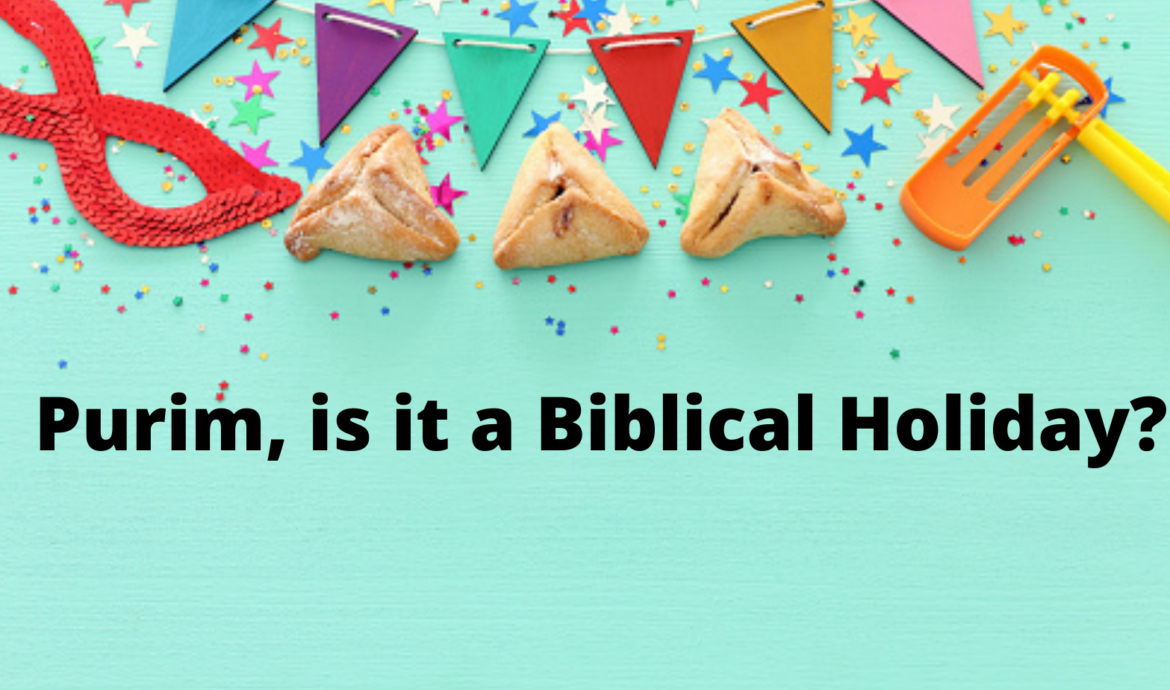 Purim, is it a Biblical Holiday? 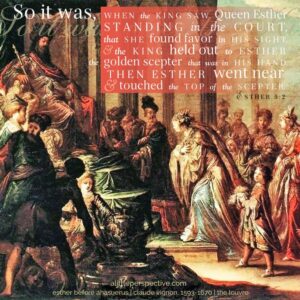 As I began writing about the spring feasts, I was asked if our family celebrates Purim.  The answer to that question is sometimes. 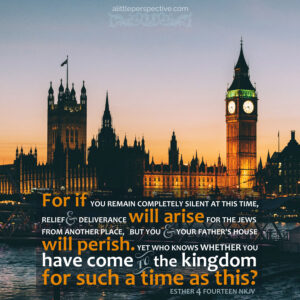 Purim is a holiday that is celebrated at the end of the book of Esther.  So, let’s go there and see what the Bible says…

Esther 9:18-32
18But the Jews who were at Shushan assembled together on the thirteenth day, as well as on the fourteenth; and on the fifteenth of the month they rested, and made it a day of feasting and gladness. 19Therefore the Jews of the villages who dwelt in the unwalled towns celebrated the fourteenth day of the month of Adar with gladness and feasting, as a holiday, and for sending presents to one another.
20And Mordecai wrote these things and sent letters to all the Jews, near and far, who were in all the provinces of King Ahasuerus, 21to establish among them that they should celebrate yearly the fourteenth and fifteenth days of the month of Adar, 22as the days on which the Jews had rest from their enemies, as the month which was turned from sorrow to joy for them, and from mourning to a holiday; that they should make them days of feasting and joy, of sending presents to one another and gifts to the poor. 23So the Jews accepted the custom which they had begun, as Mordecai had written to them, 24because Haman, the son of Hammedatha the Agagite, the enemy of all the Jews, had plotted against the Jews to annihilate them, and had cast Pur (that is, the lot), to consume them and destroy them; 25but when Esther came before the king, he commanded by letter that this wicked plot which Haman had devised against the Jews should return on his own head, and that he and his sons should be hanged on the gallows.
26So they called these days Purim, after the name Pur. Therefore, because of all the words of this letter, what they had seen concerning this matter, and what had happened to them, 27the Jews established and imposed it upon themselves and their descendants and all who would join them, that without fail they should celebrate these two days every year, according to the written instructions and according to the prescribed time, 28that these days should be remembered and kept throughout every generation, every family, every province, and every city, that these days of Purim should not fail to be observed among the Jews, and that the memory of them should not perish among their descendants.
29Then Queen Esther, the daughter of Abihail, with Mordecai the Jew, wrote with full authority to confirm this second letter about Purim. 30And Mordecai sent letters to all the Jews, to the one hundred and twenty-seven provinces of the kingdom of Ahasuerus, with words of peace and truth, 31to confirm these days of Purim at their appointed time, as Mordecai the Jew and Queen Esther had prescribed for them, and as they had decreed for themselves and their descendants concerning matters of their fasting and lamenting. 32So the decree of Esther confirmed these matters of Purim, and it was written in the book.
Here we clearly see that Purim is indeed in the Bible, and celebrated in the month of Adar.  Adar is the last month of the year.  So, Purim is observed in the last month of the year, before the Spring Feasts, which are in the first month of the year. Typically, the last month of the Biblical year is at the end of of February or in March or early April on the Gregorian calendar.
Purim is clearly in the Bible, but it is not in the commanded feasts of Yehovah in the Torah, specifically outlined in Leviticus 23.  The book of Esther is an exciting and amazing story of how God rescues His people, the Jews.  Without this amazing rescue we might have lost all the Jews, therefore, Yeshua would not have been born of Mary. 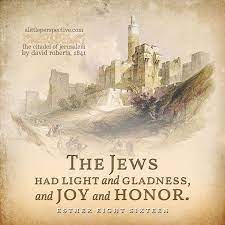 Purim is not a commanded holiday of Yehovah, but it is definitely a victory worth celebrating.
Sadly, like so many things, the celebration of Purim has become very worldly.  Many people make it about costumes, non-Biblical traditions, and even witch craft and spiritualism have crept into the celebrations.  Because of these things our family choose to observe Purim in a less traditional way, keeping to the elements described by Mortdecai. We have gathered with friends, and we have feasted and given gifts to the poor at the time of Purim.
In past years, we had done costume parties, but in more recent years we have decided that we do not want to give the appearance of participating in worldly traditions and have decided to do fun costume parties at other times of the year for fun. 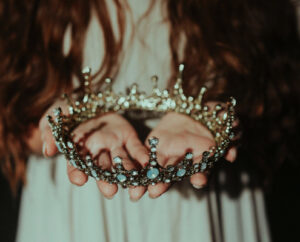 There is not requirement to observe Purim, but it is a fun time for our family.  Every year, Jeremy does a dramatic telling of the story of Esther, and everyone enjoys remembering the victory that comes through prayer, bravery, and faith. 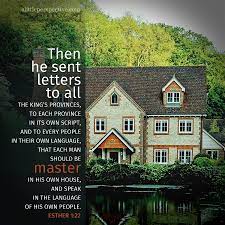