Positively Parenting, not what you think. 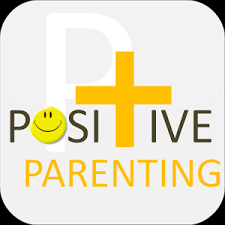 Recently my daughter, Lydia, began working at a day care.  In fact, she actually works at the same day care I worked at when she was a baby.  One day she was telling me about her day and she said something about telling a child, “no thank you.”  I had actually heard hear say this same phrase to a couple of her siblings when they were misbehaving.  This is not a phrase I use, so I asked her why did you say, “no thank you.”  She explained that at the day care that is how the teachers tell the kids in a positive way to stop doing something they shouldn’t be doing.  My first thought was that is ridiculous.  But as I thought about it more, I began to laugh to myself.  I remembered when Lydia and Rachel were little and how many times a day I had to deal with their busy and sometimes naughty behavior.

As I remembered those days, I remembered reading all the parenting books and even the child psychology books in college that talked about being a positive care giver, and not breaking the spirit of the child. I tried so hard as a mom to do all those redirecting and polite parenting methods, and day after day I would go to bed so frustrated.  Feeling like a complete failure as a mom.  Often in my frustration, I would tell Jeremy to deal with the problems I was dealing with daily with the girls, and his response was just tell them “no.”  Don’t allow them to be naughty.  He would deal with them so harshly, or so I thought.  But everytime he dealt with them, they obeyed and seemed more content.  They never seemed mad at him, either.  I always worried if I was too harsh with my kids they would hate me.  Funny thing was, both Lydia and Rachel are and were very perceptive children and knew my fears, and they would play on them.  They told me they hated me anyway.  Whenever I tried politely and gently redirecting them or correcting them.  They were very nasty mean to me.  I slowly began realizing Jeremy was right.  These girls need a firm hand and not cauddling.

I began being very firm, very clear with them.  They began to respond to this approach.  They felt safe, they knew what was allowed, and what wasn’t.  They didn’t have to guess how to behave.

Now this was a verse talking about swearing an oath.  But as the preacher was teaching on this verse, my mind went to this idea in parenting.  When I would say things like, “We’ll see,” “maybe later,” or “I would rather you didn’t.”  Instead of being gentle and positive with my kids, I was just confusing them.  That is like saying, “no thank you,” to a child when they are misbehaving.  IF I say no thank you, I leave in the child’s mind that it is their choice, an option to do what is right.   Obedience should never be an option, doing what is right should never be an option.  Letting your child choose between her red shirt or blue shirt, is a good option.  But never should we let children think it is an option to be good and obedient.

No, positive parenting is not about NOT telling a child No.  Positive parenting is about giving a child a clear set of rules and expectations and then clearly discipling in love.  A child needs to know who is in change.  A child wants to feel safe and secure in their home and with any care giver.  IT is better to be firm, clear, and direct with a child and create a feeling of trust and security, then to be positively run over by a child who feels they are entitled and in charge of themselves.  Children feel out of control and overwhelmed when they are left with too many choices.

So be the bad guy, mom and dad.  IT will be so worth it in the long run.

And you, fathers, do not provoke your children to wrath, but bring them up in the training and admonition of the Lord.