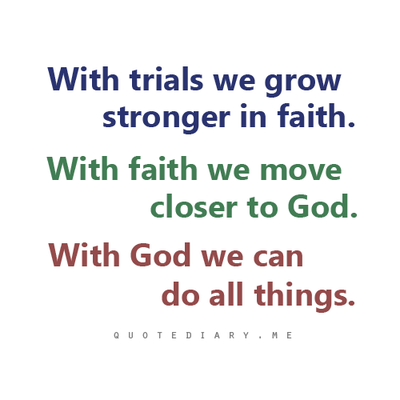 This week as I drove Jeremy to doctors appointments to learn about diabetic treatment and care, I was in awe of God again, and His amazing way of caring for us, His children. Over the years Jeremy has always gone in for his annual physical and things were pretty consistent. Sleep apnea, high blood pressure, and try and lose some weight. Year after, year this was the same. Even last year when he was under a great deal of stress, his physical health was good. So, when Jeremy started being moody, having a short temper, and being overly tired. I wondered if he was depressed. But, felt led to just pray for him, and let God answer those prayers. Of course, the results of those prayers were not what I was expecting.
When we were living in Pennsylvania last year are life was the busiest ever. Jeremy worked at least twelve hour days six to seven days a week. He was dedicated to his position and committed to doing it right. It was a challenge and he rose to the challenge. Even though he would come home exhausted, I could tell he loved the excitement of what he was doing. Towards, the end of our time there, he began having panic attacks, and went in to see the doctor. He had not been on any medication for about two years, but now his blood pressure was up again. But, all his other labs looked good, and he got back to work. Even though his job was stressful, and not being at home was stressful, he placed that stress in God’s hands. He had learned to lean hard on God. Another thing that happened will in Pennsylvania was our family changed our eating habits. We decided to eat whole, fresh, natural foods. With this diet change we began being healthier. Then Jeremy made the decision to leave his current position and return to his former position back here, in Michigan.
The return was stressful on our whole family, as we left an amazing church, and an amazing season of relying on God. As we settled back in here, we picked up some of our old habits that we had left behind. I noticed Jeremy seemed depressed, angry at times, and short tempered. I thought maybe he was not happy being back, maybe the slower pace was too slow. He continued to assure me he was very glad to be back in the IT department. But, I could tell there was something wrong. I began praying, and asked Jeremy to go to the doctor. He didn’t make time to go to the doctor, until his C pap machine (sleep apnea machine) started acting up. When he went in, his blood pressure was extremely high. The doctor ordered lab work, and told Jeremy to return in a couple weeks. Well, Jeremy didn’t follow up with the labs. But then he began having chest pain. It scared him, and we went in to urgent care. It was just reflux, but he was told to follow up with his doctor. The beautiful thing was his follow up appointment was early in the morning. So early, that Jeremy didn’t even eat before he went in. So, having a lab right in the office, they were able to do his lab work right then. Since he hadn’t eaten the doctor decided to add a test for diabetes. Praise the Lord, because even though less than a year ago his physical showed his sugar in a normal range, his numbers that morning after fasting all night were over 400. As soon as we heard this we both realized that Jeremy had been having symptoms of diabetes for a couple months. Great hunger and unquenchable thirst, frequent need to urinate, mood swings, trouble sleeping and concentrating. Now, no one ever wants to hear that they have a disease and it will need to be treated and monitored the rest of their life, but there is a great relief in knowing what is wrong with your body when you don’t feel yourself.
Another amazing factor in all this is God’s timing. If Jeremy had developed to this point in his health when we were in Pennsylvania, he would not have been able to continue to work at the pace he was working. Here, he can take the time to get the medical care he needs and prevent further health risks, like heart failure or stroke. Also, the fact that we had already made some healthy eating habit changes, Jeremy doesn’t have to be overwhelmed by a new diet and taking medication and charting his blood sugar. Our current diet is exactly what he needs to be doing to help aid in healthy sugar levels. God knew what Jeremy could handle, and He in his graciousness prepared him for this time of getting healthy.
So, Jeremy has work to do but, God is gently taking him by the hand and leading him on a road to better physical health.
The cool thing is as Jeremy journeys into a better physically healthy place, God takes Him and I into a better spiritually healthy place too.
As I trust God to care for Jeremy (without me nagging), I grow in my faith. As Jeremy listens to God and obeys him, he grows in His relationship with God. And as Jeremy obeys God, we all as a family are blessed as we are witnesses of God’s work in his life. I am always so grateful to know God’s ways are so much better than mine. Praise Yehovah!
(Visited 67 times, 1 visits today)