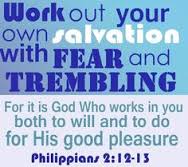 Yesterday, I shared my personal Bible reading time in 1 John chapter 1.  Today, I am in 1 John chapter 2.  This is a great passage of encouragement to the church.  John has written these letters to the early church, whom he affectionately calls, My little children.  In chapter one of this book, John is introducing himself to the recipients of the letter and reminding them of who God is.  LIGHT.

Now in chapter 2, we see he begins speaking to the church.  Here is the passage in completion with all my personal highlights that are marked in my personal Bible.

2 My little children, I am writing these things to you so that you may not sin. And if anyone sins, we have an Advocate with the Father, Jesus Christ the righteous; 2 and He Himself is the propitiation for our sins; and not for ours only, but also for those of the whole world.

3 By this we know that we have come to know Him, if we keep His commandments. 4 The one who says, “I have come to know Him,” and does not keep His commandments, is a liar, and the truth is not in him;5 but whoever keeps His word, in him the love of God has truly been perfected. By this we know that we are in Him: 6 the one who says he abides in Him ought himself to walk in the same manner as He walked.

18 Children, it is the last hour; and just as you heard that antichrist is coming, even now many antichrists have appeared; from this we know that it is the last hour. 19 They went out from us, but they were not really of us; for if they had been of us, they would have remained with us; but they went out, so that it would be shown that they all are not of us.20 But you have an anointing from the Holy One, and you all know. 21 I have not written to you because you do not know the truth, but because you do know it, and because no lie is of the truth. 22 Who is the liar but the one who denies that Jesus is the Christ? This is the antichrist, the one who denies the Father and the Son. 23 Whoever denies the Son does not have the Father; the one who confesses the Son has the Father also.24 As for you, let that abide in you which you heard from the beginning. If what you heard from the beginning abides in you, you also will abide in the Son and in the Father.

25 This is the promise which He Himself made to us: eternal life.26 These things I have written to you concerning those who are trying to deceive you. 27 As for you, the anointing which you received from Him abides in you, and you have no need for anyone to teach you; but as His anointing teaches you about all things, and is true and is not a lie, and just as it has taught you,you abide in Him.

28 Now, little children, abide in Him, so that when He appears, we may have confidence and not shrink away from Him in shame at His coming. 29 If you know that He is righteous, you know that everyone also who practices righteousness is born of Him.

This passage is so full of great promises and reassurance of salvation in Jesus and His eternal love for us.  I could easily have highlighted every verse.  Each and everyone is packed with such truth.  But for whatever reason whenever i read this passage in times past these are the ones that jumped out to me.

Yesterday, I wrote that I would compare this passage with Romans 14.  So, here below is Romans 14.

5 One person regards one day above another, another regards every day alike. Each person must be fully convinced in his own mind. 6 He who observes the day, observes it for the Lord, and he who eats, does so for the Lord, for he gives thanks to God; and he who eats not, for the Lord he does not eat, and gives thanks to God. 7 For not one of us lives for himself, and not one dies for himself; 8 for if we live, we live for the Lord, or if we die, we die for the Lord; therefore whether we live or die, we are the Lord’s. 9 For to this end Christ died and lived again, that He might be Lord both of the dead and of the living.

10 But you, why do you judge your brother? Or you again, why do you regard your brother with contempt? For we will all stand before the judgment seat of God. 11 For it is written,

“As I live, says the Lord, every knee shall bow to Me,
And every tongue shall give praise to God.”

12 So then each one of us will give an account of himself to God.

13 Therefore let us not judge one another anymore, but rather determine this—not to put an obstacle or a stumbling block in a brother’s way. 14 I know and am convinced in the Lord Jesus that nothing is unclean in itself; but to him who thinks anything to be unclean, to him it is unclean.15 For if because of food your brother is hurt, you are no longer walking according to love. Do not destroy with your food him for whom Christ died. 16 Therefore do not let what is for you a good thing be spoken of as evil; 17 for the kingdom of God is not eating and drinking, but righteousness and peace and joy in the Holy Spirit. 18 For he who in this way serves Christ is acceptable to God and approved by men. 19 So then we pursue the things which make for peace and the building up of one another. 20 Do not tear down the work of God for the sake of food. All things indeed are clean, but they are evil for the man who eats and gives offense. 21 It is good not to eat meat or to drink wine, or to do anything by which your brother stumbles. 22 The faith which you have, have as your own conviction before God. Happy is he who does not condemn himself in what he approves. 23 But he who doubts is condemned if he eats, because his eating is not from faith; and whatever is not from faith is sin.

Now this passage may appear to contradict the passage in 1 John.  Often I have conversations with people who use this passage to argue against eating a a Leviticus 11 diet, and keeping the Sabbath on the seventh day, and observing the feast days of Leviticus 23.  I think that the problem comes in in not understanding some things about the writers of both these books of the Bible and the people they were writing to.  In John’s letter he is writing to a church that he himself had gone and taught the ways of God and the truth of Jesus.  He taught the people from the Torah and Prophets (the Old Testament), the only scriptures of that time.  He was telling them to believe that Jesus (Yeshua) had indeed saved them from eternal separation from God and paid the penalty of their sin.  But he also was telling them that anyone and everyone that is in Christ (Messiah) will have a desire to walk in His Ways.  The ways that Jesus himself walked, in obedience to the fathers commands.  If you go back up and read verses 3-7 you will clearly see that John is encouraging the early church to follow Jesus example and obey The Father’s commands.  He is encouraging them to live a life completely different than those around them.  As you can see in verse 16.  And in his final verse in this chapter he calls them to practices righteousness.

Now looking at the passage in Romans we have to ask what is the writer talking about.  Is he saying that our liberty in Christ allows us to no longer obey God’s laws that He gave us for our blessing and benefit?  Surely, the writer is not suggesting that we should no longer observe the ten commandments, or the other rules for living that God gave His children in the wilderness.  No that can not be what the writer is trying to say because that would not agree with John, nor would it agree with the writer of Acts 15.  Who writes in verse 16-22,

19 Therefore it is my judgment that we do not trouble those who are turning to God from among the Gentiles, 20 but that we write to them that they abstain from things contaminated by idols and from fornication and from what is strangled and from blood. 21 For Moses from ancient generations has in every city those who preach him, since he is read in the synagogues every Sabbath.”

So, then what is the writer of Romans saying if he is not saying don’t worry about the old testament laws anymore.  Well, it is actually as simple as it reads.  The writer is saying there will be some who celebrate the feasts and Sabbath differently than you, don’t argue about it.  There will be some people who prefer to be vegetarians so as not to accidentally eat food offered to idols.  He is also saying that some people are new to the faith, they are still learning so be patient, loving and compassionate to one another as you each walk out your faith.  We each must be sure that if God shows us something in His Word that we obey Him.  We are not to worry about convicting others of their sin.  That is God’s job.  We must teach the whole Word of God in love and understanding.  We must always remain teachable ourselves, as well.

So in conclusion, God’s Word never contradicts itself.  So, walk out your faith with trembling and fear.

12 So then, my beloved, just as you have always obeyed, not as in my presence only, but now much more in my absence, work out your salvation with fear and trembling; 13 for it is God who is at work in you, both to will and to work for His good pleasure.  Philippians 2:12-13 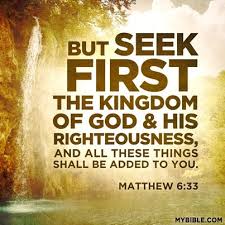